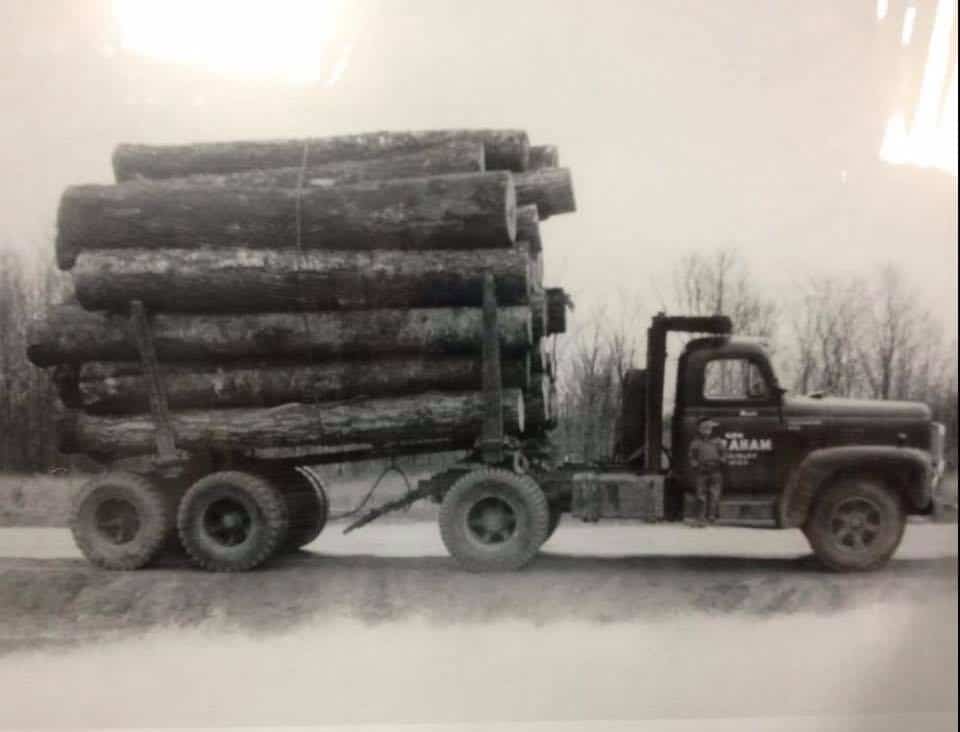 Ken Graham Trucking, Inc. is a family owned and operated trucking company founded upon four generations of service and experience in the trucking industry.

It began in 1952 when Noble Graham started hauling pulpwood out of Rudyard,MI.  In 1966, his was the first trucking company to be granted an extra provincial operating license by the Canadian Government Provincial Transport Board.  On November 29, 1966, he hauled his first load of steel from Algoma Steel in Sault Ste. Marie, ON.

Over time, Noble’s 4 sons joined him in the family business.  Ken and his brother, Charles operated out of Brimley, MI after serving with the Michigan National Guard in Korea.  Brothers Donald and Peter operated out of Spalding, MI and Munising, MI.

In 1995, Kenneth E. Graham branched out on his own, and following family tradition, his sons and daughters  joined the family business as well!